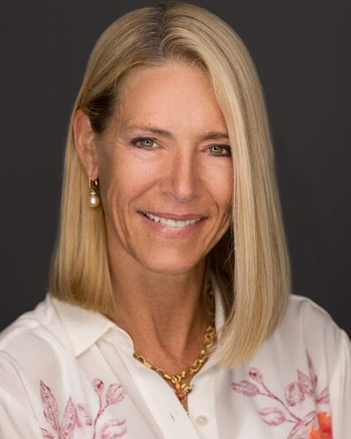 In the beginning, Joryn Jenkins worked for one of the ten largest law firms in the country in its D.C. office. After nearly three years practicing in all aspects of regulatory law, she took a break from big firm life to work in California exclusively for one of her own clients on a class action involving more than fifty sex discrimination claims.

When she returned to the East Coast, she accepted a job offer from the State Attorney in Tampa, E.J. Salcines (later an appellate judge). For the next three years, she spent nearly every workday in court, prosecuting both jury and non-jury trials. While serving as division chief, she accepted an offer from a highly regarded boutique litigation firm. She remained there for five years, handling all of the firm’s appeals and bankruptcy matters, as well as routine commercial disputes.

Before joining the Stetson University College of Law faculty as a full-time professor, Ms. Jenkins spent some time with a well-known Tampa law firm as head of its bankruptcy division, handling all types of commercial disputes, in both state and federal courts, and also in the bankruptcy courts.

Joryn founded Open Palm in 1994, when she had more than 14 years of experience practicing law. Although she still carried a full-time teaching load as a law professor, her first case as a solo practitioner was a successful appeal to the Florida Supreme Court.

Ms. Jenkins is the only practicing lawyer in Florida to have been awarded the prestigious A. Sherman Christensen Award, presented to her in the United States Supreme Court. Only one person annually since 1986 has earned this honor.

Among her civic contributions and community service, Joryn has served as a Girl Scout leader and a volunteer in various legal and not-for-profit organizations.

As a federal judge once explained, Ms. Jenkins’ most admirable traits are her “dedication, innovative spirit, and hard work.” She commits herself to every task she undertakes, and has devoted herself to honing the excellence, ethics, civility, and professionalism of her practice. Joryn has always loved making new law.

Her focus, in recent years, has become how to utilize the collaborative process to change the way the world gets divorced.®

Joryn lives with her husband on Davis Islands and enjoys writing, with a long history of published material, including poetry and a memorabilia cookbook for her step-daughter called “Alexis Cooks!” In 1994, Lexis published her “Florida Civil Motions Practice,” and she recently published five books on collaborative practice. Her husband is a practicing commercial real estate appraiser who taught the graduate course at the University of Florida. Together, they have raised his daughter since she was four years old.