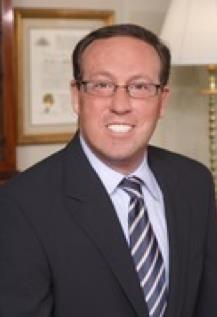 NEIL E. KOZEK is a founding member of the firm of Kramer Kozek LLP who practices in both suburban Westchester (White Plains) and New York City.  Mr. Kozek is an experienced attorney who has litigated almost exclusively in the field of matrimonial and family law for more than thirty-two (32) years.  He is admitted in New York, Pennsylvania and the State and Federal District Courts of New Jersey and is a member of the Family Law Sections of the New York, New Jersey, Westchester County, and American Bar Associations.  In 2014 Mr. Kozek was admitted to practice before the United States Supreme Court.  Mr. Kozek is a Fellow of the American Academy of Matrimonial Lawyers (“AAML”) and is an active member of the Collaborative Law Committee, as well as the Admissions Standards and Procedures Committee. He is also a Fellow of the International Academy of Family Lawyers (“IAFL”).  Mr. Kozek has also been a member of the Executive Committee of the Westchester County Bar Association (Family Law Section) where he served as the Program Co-Chair and coordinator for Continuing Legal Education.  He was a representative to the New York Interdisciplinary Forum of Matrimonial Attorneys and Forensic Mental Health Professionals and has also served as a neutral evaluator for the New York County Matrimonial Alternative Dispute Resolution Program. Mr. Kozek is a frequent lecturer for the Westchester County, New York State, and American Bar Associations’ Family Law Sections and at CLE programs.  He is a founding member of the American Academy of Certified Financial Litigators (“AACFL”).  Mr. Kozek is also the Author of the Family Law Services Handbook, "Collaborative Law", Chapter 22, Wiley Publishing (2010) (Co-author Jerome Johnson, CPA).

Mr. Kozek was a member of the Board of Directors of the International Academy of Collaborative Professionals (“IACP”). He is also a founding member and Past President of the New York Association of Collaborative Professionals (“NYACP”), where he served on the Executive Committee and Board of Directors for eighteen (18) years. Mr. Kozek is a trained Mediator and a former adjunct group leader for the Center for Mediation in Law. He also facilitates advanced Support Groups for Collaborative Practice and is currently planning the AAML Collaborative Committee’s interdisciplinary training program on the Basics of Collaborative Practice.  Mr. Kozek has been a volunteer for the Pace Women’s Justice Center Moderate Means Panel where he also served as a pro bono mentor. Mr. Kozek is a founding member of the former Association of Collaborative Lawyers of Rockland-Westchester.  He has been nominated for inclusion in “Best Lawyers in America”, is a lifetime charter member of Rue Ratings “Best Attorneys of America”, and has been included in the New York Metro Region “Superlawyers” every year from 2007-2020 in both Matrimonial and Collaborative Law.  Mr. Kozek has received the highest distinction from Martindale Hubble as an AV Peer Review Rated attorney for legal ability and ethical standards.  “Leaders in the Field” has named Mr. Kozek as one of the top 17 Collaborative attorneys in the United States.  Mr. Kozek was selected as a Fellow of The American Bar Association Foundation, an honor awarded to the top .33% of practicing attorneys in the United States in 2011. He has repeatedly been named one of the Top 25 Attorneys in Westchester County, New York.

Mr. Kozek was formerly a partner at Stern Steiger Croland, P.C., in Paramus, New Jersey and co-chair of the Family Law Department of Hall Dickler, LLP.   He was elected to Phi Beta Kappa in 1984 and is 1985 magna cum laude graduate of Rutgers University. After graduating from Temple University School of Law in 1988, Mr. Kozek served as Law Secretary to the Honorable Samuel D. Natal, Presiding Judge of the Family Part, Superior Court of New Jersey in Camden County.  Mr. Kozek is a charter member of the New Jersey Family Law Inn of Court and formerly a member of the Justice Morris Pashman American Inn of Court.