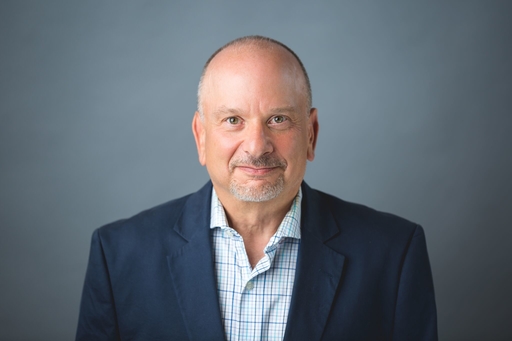 David Louis was raised in a northern suburb of New York City, and later attended college and graduate school in Albany, NY.  David earned a Bachelor’s Degree in Accounting and a Master’s Degree in Public Administration from The University at Albany.

David’s first career was in public finance, where he worked for 32 years in New York State government, the last ten years of which were as the Director of Finance for the New York State Assembly, where he managed the financial operations of a $100 million dollar organization.

While living in upstate New York, David also served his community as the elected Town Supervisor for 11 years, where he earned a reputation as a consensus builder able to work across the political divide for the betterment of his community.  As the presiding officer of the Town Board, David was able to marshal unanimous votes on a board that consisted of members of different political parties in 99% of all matters considered over this time.

David began his career as a Mediator in 2006, as his service in state and local government was winding down.  He was trained by Mediation Matters, a Community Dispute Resolution Center serving multiple counties in the Capital District of New York.  David’s passion for mediation was catalyzed by its focus on empowering participants to make their own mutually acceptable and informed decisions, and the forward-looking aspects of the mediation process.  Over the years as a volunteer, David has mediated or facilitated discussions that have included large community groups and business organizations, co-workers, families, parents and litigants in small claims court. In 2010, after retiring from his first career, David co-founded Upstate Divorce Mediation, a private mediation practice that offers a broad spectrum of family and divorce mediation services.

Over the years, David has participated in many hundreds of hours of training and continuing education, including specialized training in family and divorce mediation, workplace mediation and elder mediation. David has been designated as an Advanced Practitioner Mediator in the Family Section of the Association for Conflict Resolution, and a Certified Advanced Practitioner Member of the Academy of Professional Family Mediators.

In 2011, David participated in the initial Basic Collaborative Practice Training, and joined the Collaborative Divorce Association of the Capital District in NY, where he later became a member of the Board of Directors and Treasurer.  He is a Certified Divorce Financial Analyst (CDFA) and has participated in collaborative divorce teams as a Financial Neutral and as a Neutral Facilitator.  David finds collaborative practice to be an energizing team building approach to helping divorcing couples to navigate the uncertainty of a significant life transition, combining the unique skills of individual professionals.

In 2016, David and his wife relocated to Chicago, IL, where he founded Louis Mediation Services-Chicago, LLC, and has continued his mediation and collaborative divorce practice in Illinois while also maintaining his NY practice by videoconferencing.  Upon arriving in Chicago, David became a Fellow in the Collaborative Law Institute of Illinois as a Financial Neutral.  David is the Chair of their Modest Means Program Committee, which coordinates the provision of collaborative divorce services to families with limited incomes and services. In 2018, David joined the roster of certified volunteer mediators at the Center for Conflict Resolution, continuing his commitment to volunteerism and community mediation.