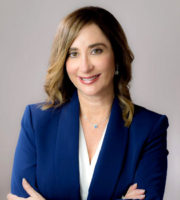 Jessica Lassman Geller is the founder and President of Geller Law And Mediation, LLC. She has practiced primarily family law from 1999 to the present. Her practice concentrates in the areas of Family Law, Family Mediation, Paternity, Collaborative Law, Family Appeals, Surrogacy and Adoption Law, and Civil and Probate Litigation.

Ms. Geller resides in Davie and is married with one child.